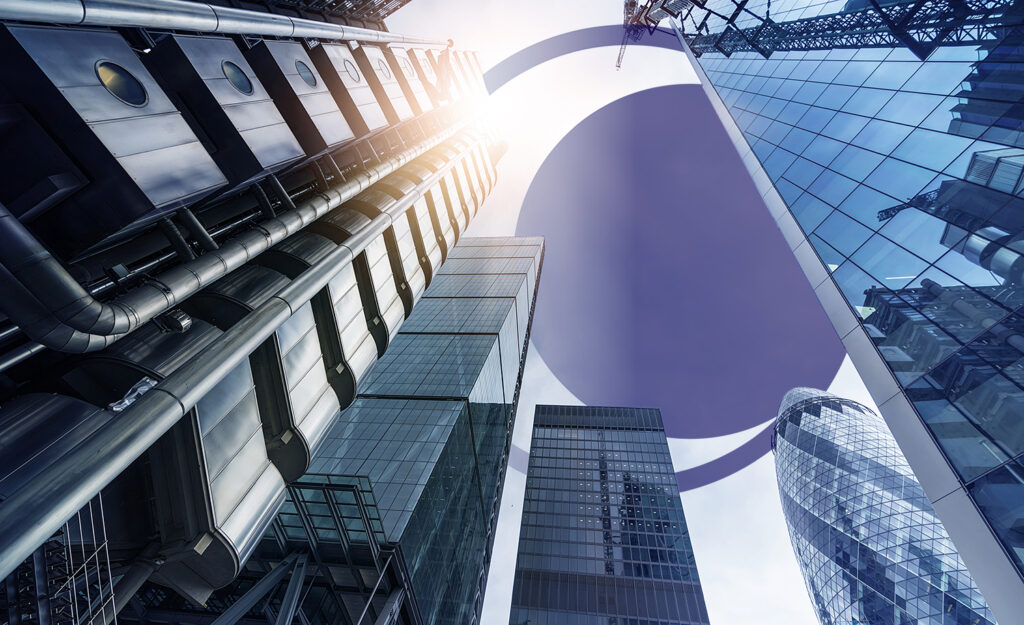 Our economic consultants have a vast array of experience in our two core areas of work. Get to know us!
The Team

Our economic consultants apply cutting edge economic, behavioural and scientific analysis to forge a new perspective on business and public issues. Our experts have a vast array of combined experience and areas of expertise.

Ellie is the Senior Partner at Volterra, specialising in the economic impact of development proposals, and manages many of the company’s projects on economic impact, regeneration, transport and development. She delivers high quality projects to clients across the public and private sector.

Paul has many years of experience in working with companies to develop models to enhance their decision making.  An acknowledged expert on advanced modelling techniques, he is frequently invited to address academic groups all over the world.

Bridget is one of the founders of  Volterra. She is a Commissioner for the National Infrastructure Commission, appointed at its inception in October 2015. As one of the UK’s most influential economists, she has an extensive track record in advising public and private sector clients on key strategic issues.

Paul is a transport economist with some 30 years experience in the planning, economic and financial appraisal of a wide range of public and private sector transport investments.

Paul has specific expertise in the development of the economic case for public transport projects and is an expert on road pricing.

Alex O’Byrne is an associate at Volterra, and is also a member of the Mayor’s Infrastructure Young Professionals Panel. He specialises in understanding the link between strategic developments and the wider economic and policy environment. Alex manages a range of infrastructure and property development projects.

Ross is a consultant at Volterra and holds a First Class BSc degree in Industrial Economics from the University of Nottingham; he achieved an academic excellence award from his degree, graduating within the top 3% of students. Ross’ experience lays in finance, namely through a placement in Canary Wharf.

Ross has worked on a number of regeneration projects and economic appraisals of areas. Notable projects Ross has been a part of include evaluating the economic importance and contribution of Oxford Street to the wider district, quantifying the socio-economic contribution of the Cadogan Estate to the Royal Borough of Kensington and Chelsea, and evaluating the socio-economic impacts of the proposed redevelopment of Battersea Power Station.

Ian has gained work experience working on a major technology-based redevelopment project in Cambridge, and his MSc Public Policy dissertation was a quantitative research thesis on the impacts of transport infrastructure investment on economic growth in developing countries. Ian holds a First Class Honors BSc in Economics from Swansea University and MSc Public Policy from UCL.
Envelope

Prior to joining Volterra Marton has worked on a pro bono consulting project for a Nepalese client, analysing socio-economic impacts and contributing to business strategy.

Marton holds a BA in Philosophy, Politics and Economics from the University of Oxford.

Anna is a consultant at Volterra and holds a BSc in Mathematics and Statistics from the University of Bath. Prior to joining Volterra, Anna gained experience working with datasets and producing statistical analyses whilst working at Abbott Diabetes Care as a Statistician.

Anna is currently working on a research piece centred on evaluating the geographical impacts of the COVID-19 pandemic, whilst also assessing the consequences of the pandemic for various sectors. She is also currently working on the socio-economic assessment and health impact assessment of a commercial-led development in Elephant and Castle, Southwark.

Sofia is a consultant at Volterra and holds a First Class (Hons) Economics BSc degree from UCL. Prior to joining Volterra, Sofia has written economics articles for online commercial awareness hub, thePoint, including an article on ‘whether the UK should deploy negative interest rates’

Sofia is currently working on a study considering the range of affordable workspace requirements across London’s boroughs and how these align with market trends, supply, and demand. She is also currently working on the socio-economic assessment of a retail-led development in Enfield.

Adam is a consultant at Volterra and holds a First Class BSc degree in Economics from the University of Nottingham. Adam has gained work experience at Black Country Consortium where he analyzed various datasets to inform local decision makers of the key trends in the economy. As part of his role, Adam helped produce a report on the economic impact of the University of Wolverhampton, and reviewed the performance of a local employment programme.

Adam is currently working on a research piece on how to make road pricing publicly acceptable in the UK. In other work, Adam is supporting the socio-economic assessment and health impact assessment of a residential-led mixed use development in Camden. 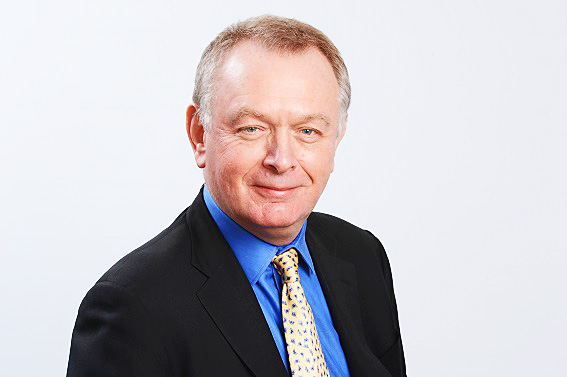 Paul has many years of experience in working with companies to develop models to enhance their decision making. He is an acknowledged expert on advanced modelling techniques, and is frequently invited to address academic groups all over the world across a broad range of disciplines, economists, physicists, computer scientists and simulation modellers.  Paul is currently a Visiting Professor at University College London, recently rated the top research university in the UK.

Paul is a best selling and award winning author. He has authored four books, with The Death of Economics in 1994 and Butterfly Economics in 1998 both published in more than 10 languages. Paul’s third book, Why Most Things Fail, was published in 2005 and was named a US Business Book of the Year for 2006 by Business Week magazine. His latest book , Positive Linking, was released in the summer of 2012.

Paul originally read Economics at Cambridge University, then took the MPhil in economics and econometrics at Oxford University. He has kept close academic links, and in 2006 was elected a Fellow of the British Academy of Social Sciences. In 2009 he was awarded a DSc honoris causa by the University of Durham for the ‘distinction of your contribution to economics’.

In the 1980s, he was one of the founders of the Henley Centre for Forecasting, and pioneered the then-innovative application of modern econometric techniques and electronic data to analyse price elasticities and identify the competitive sets of consumer brands. He has developed forecasting and corporate decision systems using a wide range of techniques, including expert systems and behavioural modelling.

He speaks regularly at business and academic events in the UK, Europe and around the world. In the past year, Paul has spoken at conferences around the world, for example in Washington, New York, Brussels, Paris, Zurich, Geneva, Warsaw. 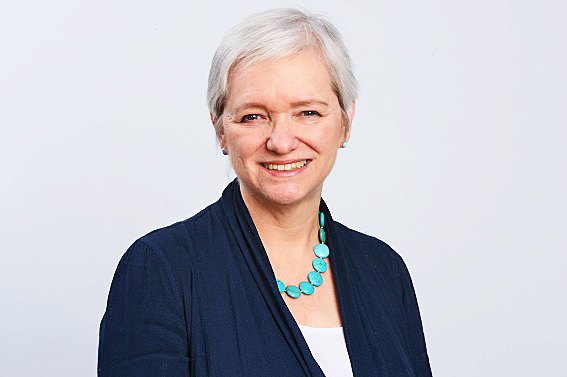 Bridget is one of the founders of  Volterra. She is a Commissioner for the National Infrastructure Commission, appointed at its inception in October 2015. As one of the UK’s most influential economists, she has an extensive track record in advising public and private sector clients on key strategic issues.

Bridget has direct experience of corporate decision making as well as advisory and modelling projects.

She is currently a non-executive director at Network Rail, where she chairs the Audit and Risk Committee, and Atom Bank, where she chairs the Audit Committee. She has previously sat on the Boards of Ulster Bank, where she chaired the Risk Committee, the Britannia Building Society and the Department of Work and Pensions, chairing the Audit Committee in both cases. These roles have given her insight into how decisions are made in practice and the kind of modelling which will support decision making effectively across a range of industries. Her advisory work has involved working at board level on a range of issues, from the introduction of Emissions Trading to major investment appraisal of new plans, to regulatory issues

Bridget works with Indepen in translating insights into corporate and regulatory behaviour into effective change, as well as developing modelling strategies which support this understanding of how real decisions are made.

Bridget was the Chief Economist and Chief Economic Adviser to the Greater London Authority between 2002 and 12. She has previously founded and developed three successful consultancies. She has also given evidence as an expert witness in a number of major competition cases as well as at several planning Inquiries.

Bridget was appointed an Officer of the Order of the British Empire (OBE) in the 2013 Birthday Honours list for services to the economy.

Bridget’s latest book ‘Reinventing London’ is available from the London Publishing Partnership Bridget asks how London’s economy might be developed after the financial crisis, and explores how future success will depend on several factors working together and include a substantial investment in infrastructure. Read more about the book and here. 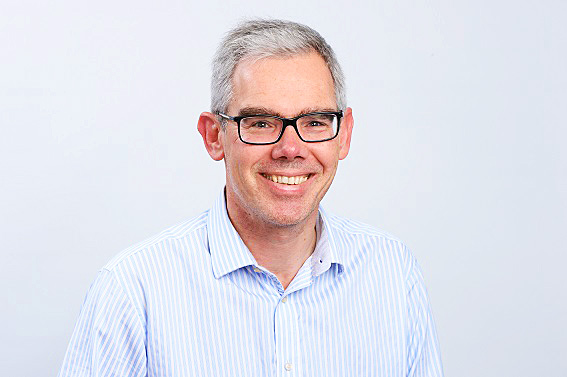 Volterra Partner, Paul Buchanan, is a transport economist with some 30 years experience in the planning, economic and financial appraisal of a wide range of public and private sector transport investments.

Paul has specific expertise in the development of the economic case for public transport projects; he has developed the approach to valuing Wider Economic Benefits (WEBs) for Crossrail (2001-2004), subsequently incorporated into UK appraisal guidance.

With extensive Australian experience having worked on HSR, Melbourne Metro, Adelaide LRT, Adelaide development forecasting and Cross River Rail in Brisbane, and most recently with TfNSW on Parramatta LRT and Burwood LRT.

Paul has a broad background in transport policy advice and the application of pricing and legislative tools to achieve particular financial and policy objectives; he has solid understanding of the information requirements of investors and financial institutions with respect to investments in transport projects.

Economic appraisals of many important transport projects have been led by Paul, including: Crossrail and the Jubilee Line Extension in London, metros in Melbourne, Bangkok, Kuala Lumpur, Bogota and Shanghai and light rail schemes in London, Adelaide, Edinburgh, Manila, Kuala Lumpur and Budapest. Paul also has extensive highways experience from Penang Second Crossing to the Queen Elizabeth Bridge.

A review of Transport for London’s Business Case Development Manual in 2014 was also led by Paul. He has experience both of applying appraisal guidance across a wide ranges of countries and of developing and changing existing guidance – the two most notable instances being the development of WEBs and the valuation of public realm investments.

Paul is a well-respected lecturer to students and fellow professionals, and holds a First Class Degree with Honors in Economics from University of Exeter.