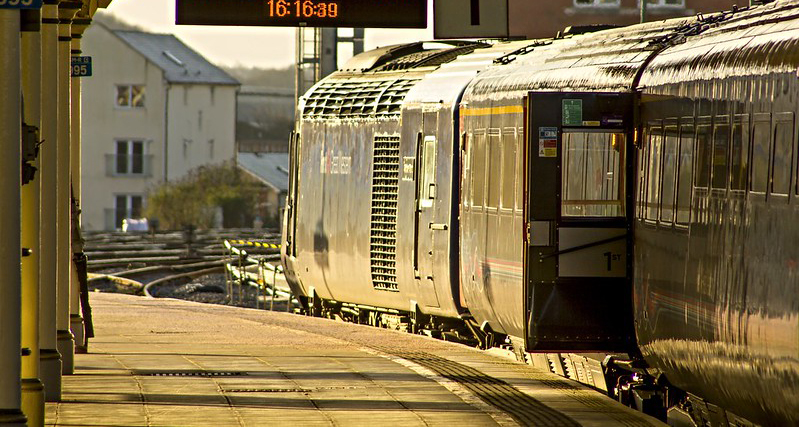 We’re not reliving the 1970s yet, but today’s decisions will keep us out or drag us back

At the end of June 1975, the weather was hotting up. Indeed, August of that year proved to be the warmest ever recorded.

Then, as now, there had been a massive rise in world energy prices.

There was trouble on the railways, where the unions were in an aggressive mood.

The TSSA union and ASLEF behaved moderately. They settled, forty seven years ago to this very day, for the increase recommended by the Railway Staffs National Tribunal. A mere 27.5 per cent. The NUR grumbled on and were eventually bought off with a 30 per cent pay rise.

So we are still some distance from a full blown return to the 1970s. But the episode allows us to draw some valuable lessons.

Michael Foot, who went on to become a disastrous Leader of the Labour Party in the early 1980s, had spent his long Parliamentary career as a hard-line left winger firmly on the backbenches. In an attempt to placate the left, Harold Wilson had put him in the Cabinet as Secretary of State for Employment after the 1974 elections.

Despite his left wing background, Foot’s response in the debate in the House of Commons on the railways pay settlements, suggested an impeccable grasp of basic economics.

“Of course,” he said, “of course the cost of this settlement will have to be borne by increases in fares or by rearrangements in manpower”.

In 2022, the railways are already subsidised by the taxpayer to the tune of £27bn a year.  So “of course” any pay increase for the staff will lead to either or both higher fares and what Foot euphemistically called “rearrangements in manpower”. Again in plain English: job losses.

In the current wave of discontent, rail unions, along with teachers, NHS and other public sector unions, are asking for increases which match inflation. They are still, just about, in single figures and a long way from the 20 per cent-plus of 1975. But only eighteen months previously, at the end of 1973, inflation had still been in high single figures.

The huge rise in world oil prices in the winter of 1973/74, along with a general boom in commodity prices, meant the UK was worse off.

Real national income had fallen, as it had in every country which was a net importer of commodities, including energy. Income had been transferred to the commodity producers.

Exactly the same applies now. It is not possible for the country as a whole to escape this reduction in real income by paying itself higher and higher money wages. In countries such as Germany in the mid-1970s, the workforce accepted real wage reductions, and inflation fell rapidly. In 1975, it was only 4 per cent.

In countries such as Italy and the UK, workers did not. A wage-price spiral was put in place and inflation in 1975 was over 20 per cent.

Eventually, inflation was brought under control, though it remained high by international standards until the 1990s. This was Foot’s “rearrangement” and what Karl Marx described as the “reserve army of the unemployed”.

Unemployment rose steadily under the Labour government of 1974-79, and then rocketed to over 3 million in the recessions during Thatcher’s first years of office.

It was this which ultimately disciplined the workforce into making more reasonable money wage demands and accepting real wage reductions. It was Marx, again, who said “history repeats itself, first as tragedy then as farce”. The lessons of the mid-1970s are clear. We must learn from them or face the tragedy of mass unemployment.

As published in City AM Wednesday 22nd June 2022