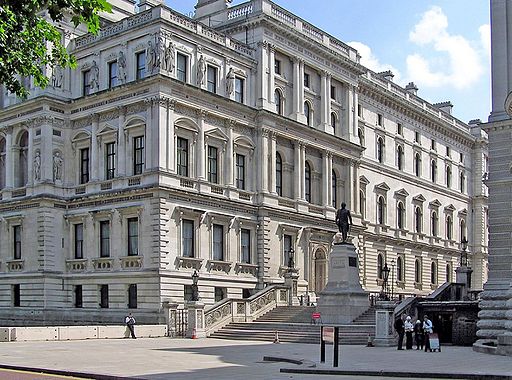 In the days of the old Soviet Union, so-called Kremlinologists would pore over every utterance of the Politburo, every sentence in Pravda, to try to work out what was really going on.

Sajid Javid’s defenestration from the Treasury has led to an upsurge in similar types of intellectual effort here. What was it really all about?

The Treasury, as the guardian of the public finances, has had a conservative line on spending since time immemorial. Keynes railed against it way back in the 1930s.

But the more orthodox thinkers within the Treasury suffered a substantial defeat last September, when Javid himself introduced the autumn Spending Review. The increase planned in 2020/21 for what the Treasury calls “day-to-day departmental spending” (which covers the running costs of public services) was the highest for 15 years, at 4.1 per cent in real terms.

If that was a win for the government, the Treasury then won a big victory by slipping its chosen man in as governor of the Bank of England.

Despite the smokescreen of alternative names put out during the long process of selection, it is unlikely that the Treasury ever had any intention of allowing anyone other than Andrew Bailey, a career public servant, into the Threadneedle Street job. More innovative thinkers such as Andy Haldane, chief economist at the Bank, and Gerard Lyons, a distinguished Brexiteer economist, lost out.

But this particular game seems to be the best of three — and it looks like the Treasury will lose.

Political economy demands that spending in the newly blue north of England not only be increased, but be seen to increase. Javid subsequently proved somewhat reluctant to open the spending taps too far, and has now been replaced by Rishi Sunak, a close ally of the Prime Minister, with his team expected to work more closely with Number 10.

In principle, a substantial relaxation of the controls on infrastructure spending seems justified. Interest rates are now so low that the British government can borrow for 20 or 30 years at a one per cent rate.

Even taking a reasonably pessimistic view, this is lower than the sustainable annual growth rate of the real economy in the longer term. So extra spending can indeed be paid for by the proceeds of growth.

Moreover, after sharp rises during the financial crisis of the late 2000s, the ratio of public sector debt relative to GDP was stabilised and has now been flat at some 85 per cent for the past six years. True, there must be some risk that the markets will eventually lose confidence and interest rates rise as a result. But here, it is perception and narrative which matters at least as much as objective economic statistics.

Boris Johnson’s election victory not only moved the nation on from Brexit wrangling, but inflicted a punishing defeat on the forces of socialism personified by Jeremy Corbyn. In image terms in the markets, the government is riding high.

A big increase in spending will be greeted with equanimity. The Treasury has lost this one.

As published in City AM Wednesday 19th February 2020

Image: HM Treasury via Wikimedia  licensed for use CC BY-SA 2.0