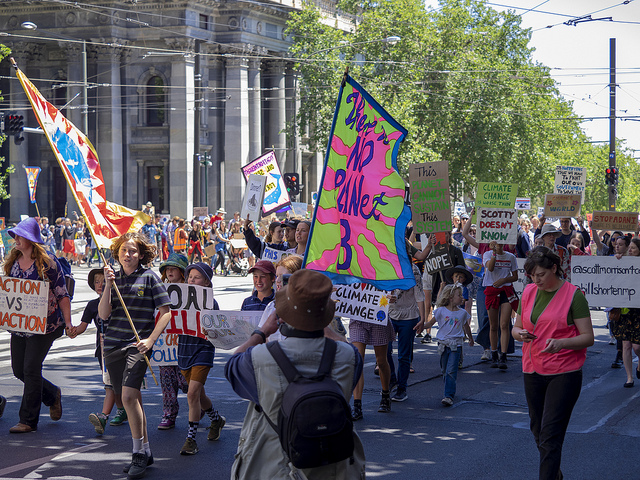 Time for an honest talk about the costs of climate action

Sydney University’s Centre for Complex Systems does innovative work on a broad range of topics.

But spending the last couple of weeks there has also given me a wider perspective on some familiar themes.

Climate change is, quite literally, a hot topic in Australian politics. The country melted in 45-degree record temperatures in January, and upcoming federal and state elections are concentrating minds.

Both the main political parties have ambitious targets for emissions reduction. The centre-right coalition government wants to cut emissions by 26 to 28 per cent by 2030. The opposition Labor party, which until very recently was the firm favourite to win the General Election this year, aspires to slash emissions by no less than 45 per cent.

A major report was released last week describing the results of an economic modelling analysis of these plans.

Of course, any such exercise has to be surrounded by many caveats and cautions. But the author, Brian Fisher, has a good pedigree. For many years he headed the Australian Bureau of Resource Economics, and has been involved with the UN’s Intergovernmental Panel on Climate Change.

Under Australian Labor’s plans, for example, Fisher’s report suggests that GDP in 2030 would be nearly 10 per cent lower than it would otherwise be.

A key point is that, in the jargon, the marginal abatement cost curve is non-linear.

Essentially, at the start of any plan to cut emissions there is some low-hanging fruit.

The first steps in reduction can be carried out fairly easily. Cars, for example, have already become far cleaner in recent years without consumers feeling any noticeable pain through higher prices.

But these easy gains soon become exhausted. Further reductions have larger and larger negative consequences for the economy.

With each extra bit of abatement, the costs rise more and more. At some point, they start to explode.

The results come as no surprise to economists. Cutting carbon dioxide emissions is a costly business.

William Nordhaus received the Nobel Prize in economics last year for his work over the past four decades on the economy and climate change. His analysis shows very clearly that targets set by the UN, for example, to control global temperature rises are enormously expensive.

The current climate change strikes by schoolchildren in the UK are a direct copy of those which happened last November in Australia.

These children are owed a fair and detailed conversation about the costs of the policies which they are calling for and how that would impact their lives, from making their smartphones and other gadgets more expensive, to putting up the costs of any holiday plans they might have.

Many liberals seemed to encourage the strikes. They appear to hold the opinion that good intentions are all that count. The Duchess of Sussex, for example, feels able to both campaign on climate change and take a private jet from New York back to the UK.

But if serious action is going to be taken on the climate, both politicians and scientists have to be more explicit about the costs. A proper, mature dialogue with the electorate is needed.

As published in City AM Wednesday 27th February 2019