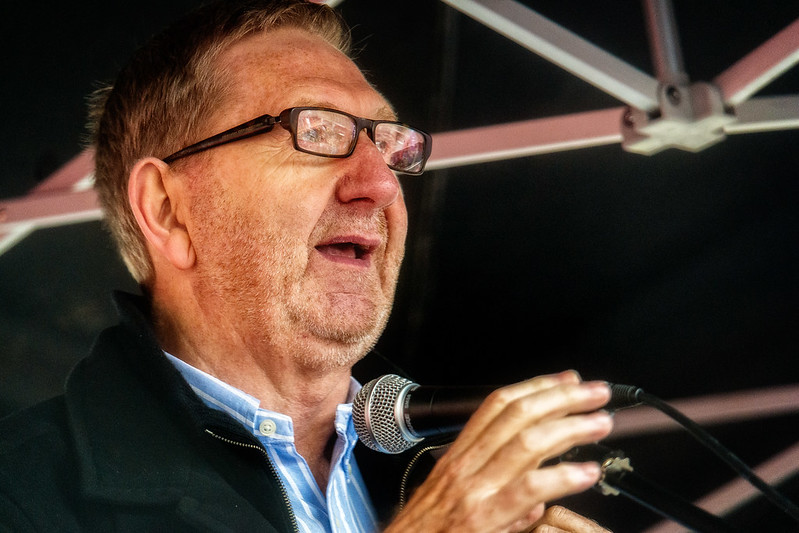 The unions stand on the precipice

Len McCluskey, the leader of the trade union Unite, probably did as much as anybody to ensure Boris Johnson’s massive electoral victory last December.

A fervent supporter of Jeremy Corbyn, his grip on the Labour Party machine compelled Labour to fight the election with its most unpopular and inept leader in history.

McCluskey is up to his old tricks, this time with the support of other, usually more staid unions such as Unison and the GMB.

Their threat is to tell their members not to return to work unless there is a massive boost to spending on health and safety enforcement.

The various railway unions are making demands, much to the chagrin of London’s Mayor, Sadiq Khan. The teachers’ unions are itching to instruct their members not to go back to work.

In all of this, the unions are behaving exactly like the villain of the economic textbooks – the good old-fashioned profit maximising firm.

In this case, the “profit” which the unions are trying to maximise is the pay and conditions of their members.

For all the rhetoric of their leaders about social justice and world peace, this is the main reason why people join trade unions.

Union leaders believe that the government’s desire to gradually move Britain back to work has given them a strong bargaining chip.

Just like the most ruthless capitalist, they are acting rationally by seeking to maximise the benefits accruing to their members.

For those who remember the 1970s, there is more than just a touch of nostalgia about the current situation. Then, as now, trade unions leaders attempted to hold the country to ransom. In one infamous example, the railway workers turned down an offer of a 27.5 per cent pay increase on the grounds that it was inadequate.

But the eventual outcome was not the triumph of the unions, but their literal annihilation in much of the private sector under Mrs Thatcher. Only 13 per cent of workers in the private sector now belong to a union, compared to over 50 per cent in the public sector.

The economic textbooks themselves make a clear distinction between short-term and long-term profit maximisation. It is usually not sensible to try and exploit every short-term advantage.

Whenever the lockdown finally ends, the government will be faced with a massive gap between what it spends, and what is raised by taxation.

There is already strong pressure from within the Treasury to reduce and even eliminate this deficit. Big savings on public spending or increases in taxes are the only options.

Whatever the opinion polls may say now about the demands of the unions, it is most unlikely that the current privileged position of those in the public sector will survive for long. They have remained on full pay, not furloughed or made redundant, even when they have not been required to work.

With high unemployment and squeezes on pay and living standards in the private sector, sympathy for those cocooned from the rigours of the market economy is unlikely to last.

As published in City AM Wednesday 13th May 2020