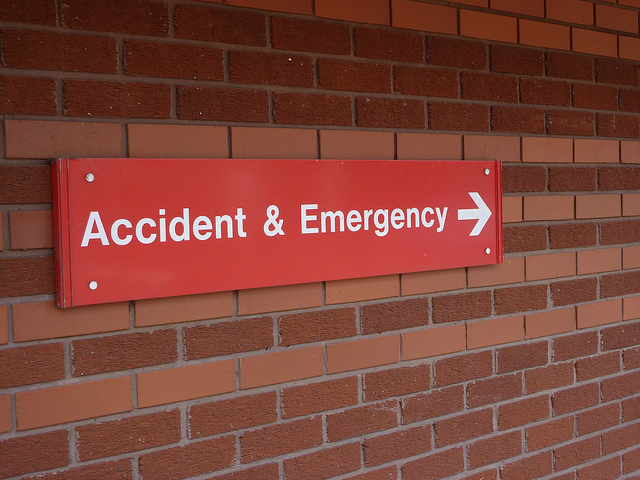 The NHS will never have enough cash: the English religion needs reformation

We British like traditions. A well-established one which comes round every year is the “winter crisis” in the NHS. Health provision is a political hot potato not just for this government, or indeed for any particular UK government, but for governments across the developed world.

One of the key assumptions made by economists about human behaviour is that there is no limit to the amount of things that people want. In the splendid jargon of economic theory, this is referred to as “non-satiation”.

But regardless of what name we give to the concept, health is an excellent practical example of it. When the NHS was founded in the late 1940s, many thought that the demands on its services would dwindle over time. As the new system gradually improved the health of the population, fewer would require the NHS.

On the contrary, the demand for health provision has expanded across the West much faster than the overall economy has grown. As people get wealthier, they want more and more healthcare.

Nigel – now Lord – Lawson once pronounced that “the NHS is the closest thing the English people have now to a religion”. Certainly, any politician tampering with it too much risks his or her career. A striking illustration was provided in the General Election of 2001. The Labour government proposed closing the hospital in Kidderminster on the grounds that it was just very bad. This provoked fury, and a local doctor stood and won as an Independent, destroying the incumbent Labour rising star and holding on until 2010. A subsequent independent inquiry carried out for the NHS showed unequivocally that the hospital was even worse than had been initially thought.

An Institute of Economic Affairs monograph by Dr Kristian Niemietz shows how things could be run much better. The intriguing title summarises the contents: “Universal Healthcare without the NHS”. Niemietz begins with a simple point to debunk the popular view that the NHS is the envy of the world: its structure has never been copied anywhere outside the UK.

In fact, in international comparisons of health system outcomes, the NHS almost always ranks in the bottom third of developed world countries, sitting with places such as the Czech Republic and Slovenia. If the UK’s breast, prostate, lung and bowel cancer patients were treated as in Germany, 12,000 lives a year would be saved.

Most European countries use a social health insurance (SHI) system, in which even homeless people have health coverage. Essentially, these systems are based upon means-tested insurance. Niemietz regards each individual one as having its own particular flaws and irritations, but they routinely achieve much better outcomes for patients, while preserving the concept of universal access.

Their experience shows that, for example, charging for GP appointments does not damage health, and that ordinary people can be trusted to make sensible choices from a range of health insurance plans. The alternative to the NHS is not American, but European health care.

We are, quite rightly, steaming ahead with Brexit, but Europe still has valuable things to teach us in the case of health provision.

As published by CITY AM on Wednesday 25th January