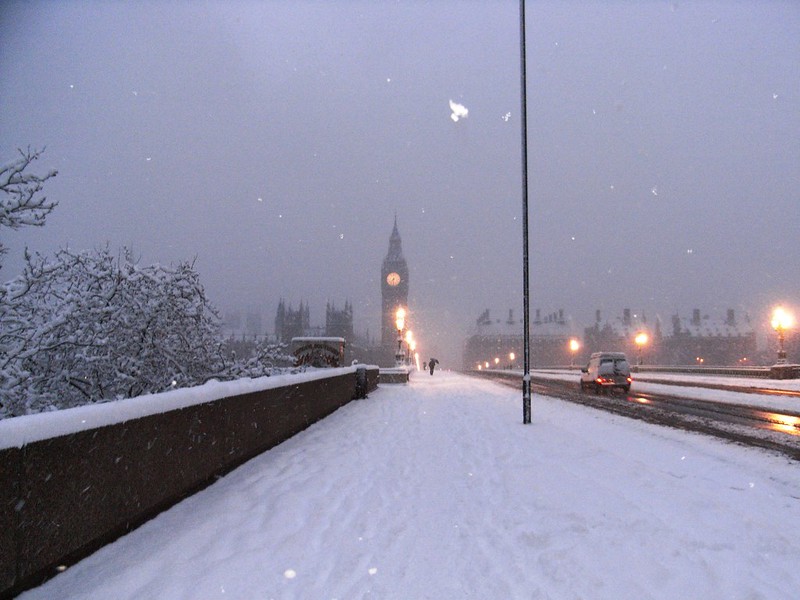 The Great Frost of 1709 has been in the news this week, quite possibly for the first time since 1709 itself.

According to Bank of England estimates, this was the last time that GDP fell by more in a single year than it did in the Covid year we have just had.

The Office for National Statistics published its first estimate of GDP for 2020, showing a year-on-year fall of 9.9 per cent.

During the financial crisis of the late 2000s, for example, the drop was quite a lot less. UK output fell by a total of just 5 per cent in the two years 2008 and 2009 combined.

Despite the severity of this recession, the Bank’s Chief Economist, Andy Haldane, issued a very optimistic statement. The UK economy, he said, was like a coiled spring, waiting to rebound strongly.

But could the sheer scale of economic disruption which has happened put a damper on this?

Companies worried about survival, individuals worried about their jobs – these might depress confidence and mean that spending will be held back even once the restrictions are lifted.

Economist Angus Maddison spent a lifetime constructing meticulous estimates of economic data in the past. In his final work, he even put together data on the size of the world economy over the past 2,000 years.

His most famous data set – famous within economics that is – contains estimates of GDP in all the Western economies ever since they became industrialised. For some, such as Japan and Sweden, that was quite a bit later than the UK. So Maddison’s data here starts in 1870.

There are getting on for 300 separate examples of economic recessions in his data, years in which GDP growth in any particular country fell below zero.

The striking feature is the resilience of the Western economies. They recover quickly from most shocks. Two-thirds of all recessions only lasted a single year. And nearly 90 per cent had ended after two years. In other words, positive growth has usually been resumed very quickly.

At the end of the Second World War, for example, the defeated countries such as Germany, Austria, Italy and Japan experienced catastrophic economic collapses.

Overrun by enemy armies, relentlessly bombed, their economies almost ceased to function. Yet by 1947 they were roaring away, recording positive GDP growth of over 10 per cent a year for several years.

The impact of Covid on the economy has been grim. But is not quite the same as being attacked with atomic bombs, as Japan was in 1945.

Growth resumed in 2010 after the financial crisis of late 2008/09. It has since been rather anaemic, but it has been positive nevertheless.

The only time the developed world has experienced a prolonged recession was during the truly major financial crisis of the 1930s and its aftermath.  America did not regain its 1929 level of output until 1939.

If we can rely on the experience of history, we are indeed in line for a big bounce back once lockdown is lifted.

As published in City AM Wednesday 17th February 2021