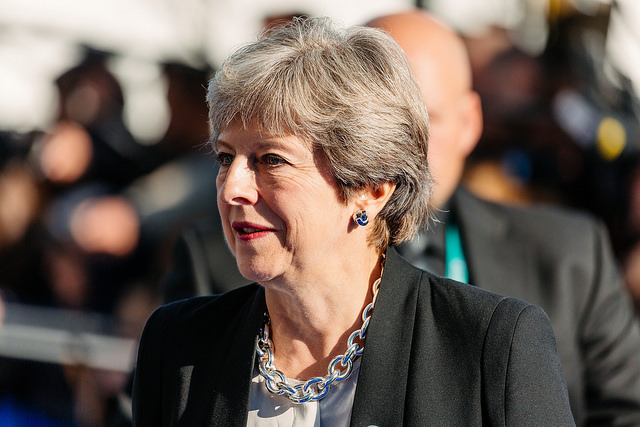 In Charles Dickens’ A Christmas Carol, Scrooge finds being haunted by the Ghost of Christmas Past unbearable.

He begs it to stop. The Ghost replies: “These are the shadows of things that have been. That they are what they are, do not blame me.”

It might almost be the Prime Minister speaking about the whole Brexit process.

How might things have been different? And are there any pointers about our future dealings with the countries of the EU?

A fundamental concept in game theory is that of the non-credible threat. This means making a threat in a sequential game – one in which there is a sequence of moves by each side – which a rational player would not carry out because it is not in their interest to do so.

But in order to be effective, the other side has to believe that you will in fact carry it out if necessary.

Donald Trump is a master of making such threats. China and North Korea both respect and fear him precisely because he conveys the impression that he might indeed do something completely irrational.

The UK held – and still holds – two major bargaining chips in the Brexit negotiations: our armed forces (specifically the nuclear deterrent) and GCHQ. But at an early stage, Theresa May ruled out using either of these in the negotiations.

At the moment, for example, British troops are stationed on the border of Estonia and Russia. They have taken part in war games to offer deterrence to Vladimir Putin.

The Baltic states live in fear of a Russian invasion. They all have sizeable Russian-speaking minorities. In 1940, they were taken over by the then Soviet Union, and only regained their independence in 1991.

They may not count for much in EU circles. But Britain could have made it clear that, unless these countries supported us, they would have to rely on, say, the Germans to defend them, and not the UK.

Similarly, GCHQ is acknowledged to be the best cyber intelligence organisation in the EU. The head of the agency said in June that it had played a critical role in thwarting terror attacks in four other European countries in the past year. Letting just one of these attacks go ahead would have brought instant credibility to Britain’s leverage – though it would of course have come with a significant cost.

On a more positive note, a number of EU governments are openly critical, and almost actively hostile, to the European Commission.

Poland, Slovakia, Hungary, and the Czech Republic all have major concerns over migration. Matteo Salvini in Italy has never made a secret of his dislike of Brussels, and since his election has had a fierce argument with the EU over the Italian budget.

But the Prime Minister seems not to have tried to build an alliance with him, nor with these other eurosceptic nations.

Some may argue that these governments are not necessarily in the liberal tradition. They are, however, potential allies. And as the great nineteenth century Prime Minister Viscount Palmerston said: “Britain has no eternal allies, and we have no perpetual enemies. Our interests are eternal and perpetual, and those interests it is our duty to follow.”

If May had heeded this, how differently things might have turned out.

As published in City AM Wednesday 19th December 2018

Image: Theresa May by Arno Mikkor under CC BY 2.0