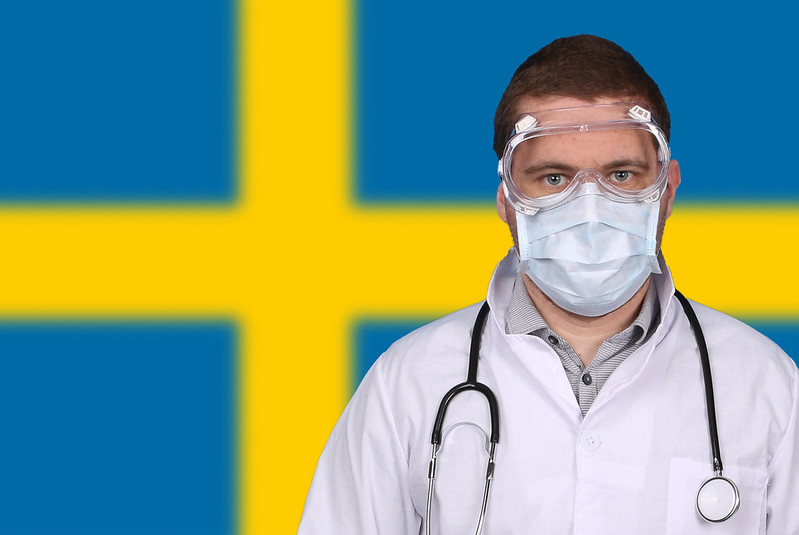 Sweden shows us whether lockdown was worth the economic cost

Did Sweden get it right in its response to Covid? There is increasing interest in this question.

Contrary to widespread belief, the Swedes did introduce a few legally enforceable restrictions on behaviour. For example, public gatherings of more than 50 people were forbidden in March. Private ones were exempt from the ban.

But, overall, compared to other European countries, Sweden had effectively no lockdown.

At the start of the outbreak in March, the epidemiologists in the UK were quick off the mark with their dire predictions.

Professor Ferguson and the Imperial College team, in a highly influential paper of 16 March, argued that without any policy changes “we predict approximately 510,000 deaths in Great Britain”.

They also suggested that the peak of mortality would take place after approximately three months.

The peak of mortality was reached after just three weeks, not three months — on 8 April in fact.

A model based on the Imperial one was calibrated on Swedish data in April. The outcome was a prediction of some 80,000 deaths.

To date, the number of deaths in Sweden due to Covid is less than 6,000.

The estimates which emerge from standard models of epidemiology clearly cannot be relied upon.

With Rickard Nyman, a young Swedish computer scientist currently based at UCL, I have compared the trajectories of deaths in Sweden and the UK to provide an estimate of how many lives lockdown really did save.

The first death in Sweden was registered on 11 March. On that day, there were seven deaths in England and Wales (EW).  But our population is nearly seven times that of Sweden, so the death series in the two countries start at the same level, adjusting for population size.

The peak death rate was observed in Sweden on exactly the same day as in EW, 8 April.

Further, the paths followed between 11 March and 8 April are almost exactly the same.  For example, deaths reached half their eventual peak value on 1 April in EW and on 31 March in Sweden.

So lockdown had no impact on the build up to the peak.

There is no doubt, however, that the number of deaths fell more sharply here than in Sweden after the maximum level was reached.

These differences in the trajectories of the death numbers after their peak in early April tell us how many lives were saved in the UK as a result of lockdown.

So, yes, lockdown did save lives. But the massive economic and social costs, let alone the adverse effect of lockdown on people suffering from other illnesses such as cancer, can hardly be said to justify the saving.

As published in City AM Wednesday 26th August 2020