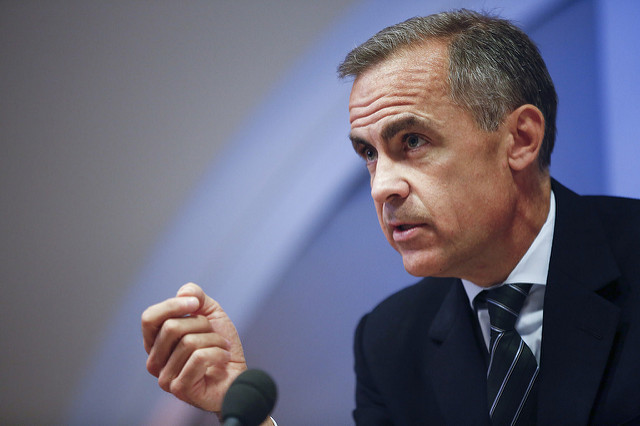 The governor of the Bank of England, Mark Carney, is up to his usual tricks.

Last week, he claimed in front of the Treasury Committee of the House of Commons that British households are now more than £900 worse off after the vote to leave the EU.

The figure was obtained by comparing a forecast made by the Bank in May 2016 on the assumption of a Remain victory with the situation as it actually is today.

In other words, the so-called evidence cited by the governor consists of the difference between where the economy stands right now, and a forecast made by the Bank two years ago.

It is no exaggeration to say that this has no scientific standing at all.

Predictions of the economy are notoriously unreliable. The Survey of Professional Forecasters in the US publishes a 50-year track record of one-year-ahead predictions of the growth of the economy. The correlation between the forecasts and what actually happened is – literally – zero, with no sign of it improving during the course of the five decades. And this is just looking one year ahead, not two.

The UK does not have such an impressive body of evidence to assess forecasting accuracy, but the studies which have been published show that the track record of our economists is no better than that of the Americans.

It is worth pointing out time and again that the Project Fear forecasts, also made in May 2016 like the Bank’s ones referred to by the governor, were for the next six months, not the next two years. Yet they were shown to be completely wrong.

Far from the predicted rise in unemployment of half a million by the end of 2016 on a Leave vote, unemployment has fallen almost continuously ever since, and now is lower than it has been since the mid-1970s.

We might usefully recall one of Carney’s first public pronouncements after taking up the post of governor in July 2013.

Rather than grandstanding about Brexit and currying favour with the global liberal elite, there are more pressing issues to occupy Carney’s time.

The primary concern of the Bank of England should be the stability of the financial system. Yet there has been a worrying rise in the amount of debt in the economy.

Figures from the Bank of International Settlements show that total credit to the private non-financial sector – the debts of households and companies in everyday language – peaked at 196 per cent of GDP in 2008, the year of the crash. This had fallen to 163 per cent by 2015. But it has now risen to 170 per cent.

This is by no means yet another crisis, but this – not Brexit – is where the governor’s mind should be focused.

As published in City AM Wednesday 30th May 2018

Image: Mark Carney by Bank of England is licensed under CC2.0