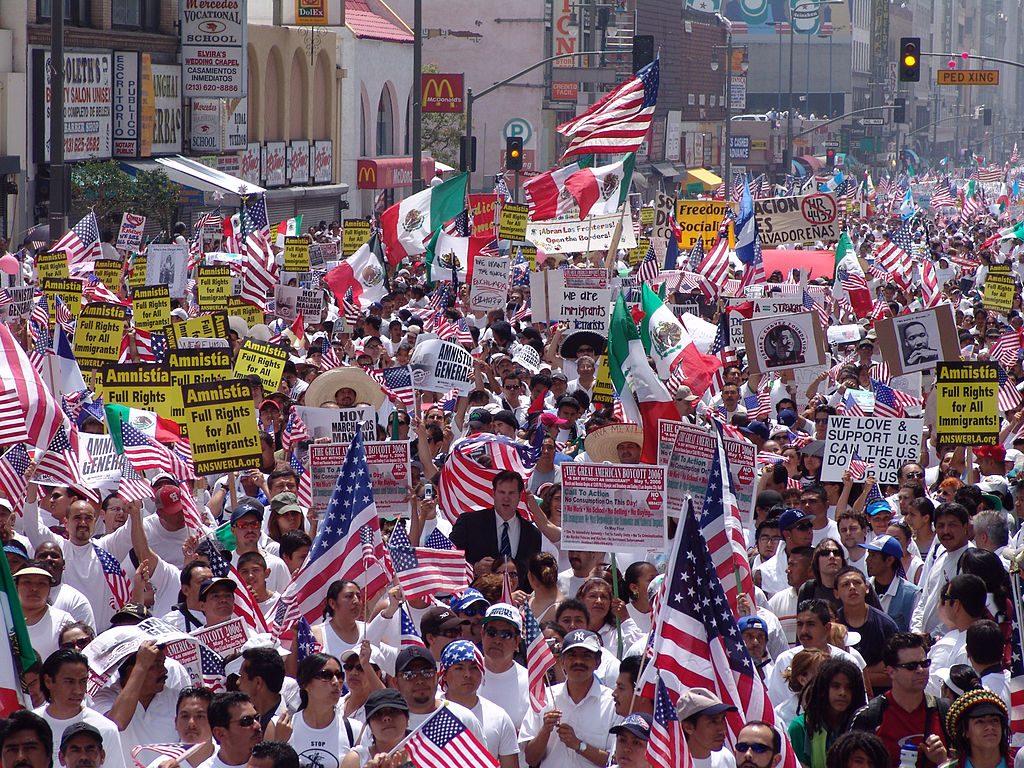 Immigration is a hot topic in both senses of the word “hot”. Not only is it at the forefront of the news, it also provokes heated emotions.

For the metropolitan liberal elite, immigration is unequivocally a Good Thing. They are on the side of the angels. Whether it is President Trump attempting to control entry into America, or – in the latest twist – the Italians turning away boats, all are to be condemned.

Ironically, almost all of these cosmopolitans accept the right of “oppressed” peoples, such as the Palestinians, to a homeland and identity. But they regard such aspirations as illegitimate when expressed by the historic majorities of Europe.

To what extent is the unease around mass immigration based upon rational factors?

It is often said that immigration helps to raise the rate of economic growth, so it does not make sense to have strict restrictions on numbers.

In the mainstream model of economics, growth depends upon three things: the speed at which new technology is adopted, increases in the amount of capital used in producing goods and services, and the growth of the labour force.

Immigration does indeed increase the growth rate, though its impact on growth per capita is at best marginal. A larger labour force arising from more immigration boosts growth, but there are more people around to share in the growth.

In order to make the economic case for immigration, it would have to be shown that either immigrants adopt new technology faster and more effectively, or that they are inherently more productive than the typical worker. There is a good case for allowing relatively small number of skilled people into the country on these grounds, but not for mass immigration.

Advocates of large-scale immigration argue vigorously that it provides a young workforce to support an ageing population – not only in the UK but throughout the west.

The trouble with “replacement migration” as a solution is that immigrants themselves grow old. They have to be supported by the next generation of workers.

To rejuvenate the population through immigration requires not just a once-and-for-all influx of foreign workers, but a continuing flow of new immigrants.

A few years ago, the Oxford demographer David Coleman calculated how much net immigration would be needed each year to preserve even the existing age structure of the populations of western Europe. At present, the estimate is around six million net immigrants a year.

At such rates, in the UK by 2050 over half the population would have arrived in this country during the twenty-first century.

A further assertion is that immigrants do jobs which native British workers are unwilling to take. But this rather gives the game away. Without mass immigration, employers would be obliged to raise the real wage rate to induce these people to take the jobs. Large-scale immigration thus increases inequality.

There is no doubt that part of the opposition to immigration is driven by prejudice and fear of the unknown. But there are very rational grounds to be wary of it on a mass scale. EU leaders need to recognise the validity of these arguments.

As published in City AM Wednesday 28th June 2018

Image: May Day Immigration March by Jonathan McIntosh is licensed under CC-BY-2.5