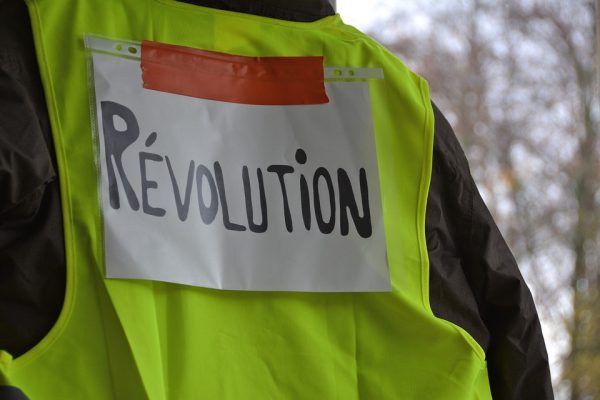 Economists have long argued that an effective way of reducing carbon emissions is by increasing taxes on energy consumption.

Economists have long argued that an effective way of reducing carbon emissions is by increasing taxes on energy consumption.

The scientific logic is impeccable. But the practical politics of it are fraught with difficulties.

To say that energy taxes, and fuel taxes in particular, are lacking in popular support is to indulge in understatement. President Emmanuel Macron has just tried to increase the price of fuel in France by €0.04 a litre, and the centre of his capital has been put to the torch.

But even we normally placid British, with no revolutionary tradition to compare to that of France, have on the matter.

Norman Lamont, then the Conservative chancellor, introduced the so-called fuel escalator in his 1993 budget. Fuel duty would increase each year by three per cent more than the rate of inflation. When Labour won in 1997, Gordon Brown put the escalator up to six per cent.

By September 2000, however, enough was enough. Deliberately slow protest driving in towns and on major roads was combined with blockades of oil refineries. Whole swathes of the country were brought to a virtual standstill within a matter of days.

In his pre-budget report in November of that same year, Brown announced that fuel duty would be frozen completely until 2002.

Since then, successive chancellors have approached fuel duty, and especially the escalator, as one might a dangerous wild beast. Occasionally, they have summoned up the courage to give it a gentle prod, and increase fuel duty simply by the rate of inflation. But while the escalator may still exist in theory, in practice it has been abandoned.

Of course, the events in France are driven by more than the now-withdrawn eco-tax on fuel. But it certainly acted as the key trigger to the demonstrations, which have enjoyed widespread support across the country.

No doubt many of the sympathisers dutifully organise their recycling into the appropriate bins. The seeming plethora of extreme weather events this year will have encouraged this bourgeois sense of duty to do something about climate change.

Yet when it comes to being required to part with some actual cash in the form of a fuel tax, which is a more effective way of curbing emissions, they become enraged. They know that climate change may well impose large costs in the future, but they are unwilling to pay a small cost now to help reduce them.

Behavioural economics provides the key to understanding this seemingly paradoxical behaviour. One of its strongest empirical findings is that, when trying to compare future costs and benefits with those on offer now, people often use “hyperbolic discounting”.

Translated, this simply means that they place far more value on small rewards or costs which are incurred now than on much larger ones in the more distant future.

It is unlikely to comfort Macron to know that the French riots can be ascribed, in part, to hyperbolic discounting. But the rest of us might enjoy a good laugh.

As published in City AM Wednesday 12th December 2018