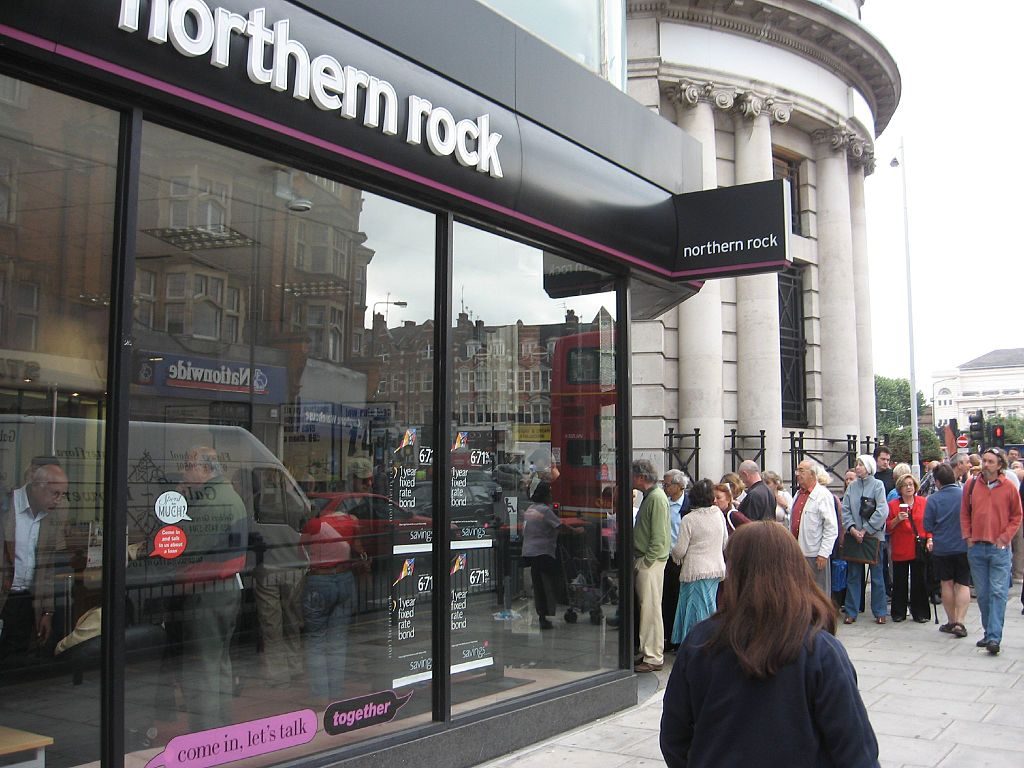 From Northern Rock to lunch tables, no one is immune from the herd mentality

The Bank of England and Federal Reserve held a two-day conference last week in London on big data and machine learning. All very interesting stuff.

There was an intriguing vignette as we emerged from the conference room for the frugal lunch on the first day.

Straight ahead was a table with sandwiches, fruit and the like. Most participants made for this, so many that a long queue soon formed, stretching well out of the room. But a sharp right instead brought you to a smaller table, with identical food. The wait was very much shorter.

In fashion markets and on the internet, for example, products or sites can rapidly become popular for reasons not connected to their inherent qualities. They become more popular simply because they are already popular. People start to follow the crowd rather than rely on their own judgment.

The same thing can be observed in bubbles in financial and property markets. An extreme example was seen in the case of Northern Rock in the run-up to the financial crisis in 2008. The bank did in fact have enough assets to pay its liabilities. But it experienced a short-term liquidity problem and approached the government for support.

The news leaked, and within 24 hours huge queues formed outside the branches as people scrambled to get their money out. The longer the queue, the bigger it became. The result was the first bank failure in the UK for 150 years.

This herd-like behaviour seems irrational. But an important paper by Sushil Bikhchandani and colleagues in the top-ranked Journal of Political Economy 25 years ago showed that it was perfectly compatible with the economic concept of rationality.

Suppose you have to make a decision, like the table to go to in order to pick up lunch. You might have some private information about the options. In addition, there is some public information available to all.

If enough people have chosen and have already given more weight to the public information, it will seem like it is more accurate than your own. So you are likely to give more weight to it when you choose.

This is exactly what happened at the central bank event. The first few people coming out of the conference used private information, and made for the table they could see. Others behind them could only see people getting lunch, and simply followed them. They used the public information about where lunch was available.

Those in the long queue had imperfect information, another key concept in economic theory. They were outside the room and could not see the other table in the opposite corner.

I considered approaching people in the queue to sell them information to shorten their wait. But it is a bit tricky to value information – yet another important issue in modern economics. As soon as I mentioned it, they would easily guess there was another table and find it themselves.

The conference itself was fascinating. But it was certainly gratifying to see economists behave as rational herders.

As published in City AM Wednesday 5th December 2018