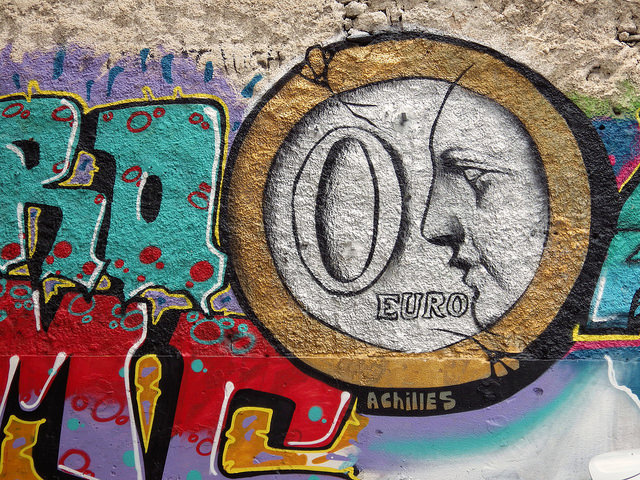 Europe has suffered from the euro – just ask the Greeks

One of the entertainments of the holiday period was reading Adults In The Room, the book by Yanis Varoufakis.

It describes his time as finance minister of Greece, and his negotiations with the IMF, the European Central Bank, and the European Commission.

Varoufakis was only in the job between January and July 2015. He had the unenviable task of trying to renegotiate the massive debts of the Greek government.

Reading between the lines, Varoufakis cannot have been an easy person to deal with. Indeed, he was effectively forced out of his position by the far-left Prime Minister Alexis Tsipras.

Still, the academic-turned-politician had many bright ideas. But he could get no traction.

Some of Jeremy Corbyn’s shadow cabinet will undoubtedly have read the book. The more reflective among them will realise that negotiating with international bodies when you have a large burden of public sector debt is not exactly fun. In the end, exactly like the Greeks, you will be forced to adopt policies of austerity which you have spent your political life criticising.

But many of our more ardent Remainers would also benefit from reading the former Greek finance minister’s analysis and descriptions of events.

To them, the EU represents a kind of Garden of Eden, where milk and honey (as well, of course, as sweetness and light) flow in abundance.

The harsh reality is that, in their fanaticism for greater European integration and its crowning symbol of the euro, Europe’s elite are quite unable to get to grips with the fundamental problems which the continent faces.

The financial crisis of the late 2000s began to take hold of the wider economy during the winter of 2007/08. The year 2007 represented for most countries the peak level of output before the crash.

Over the past decade, western European countries in the Eurozone have grown much more slowly than comparable ones which have their own currencies.

Greece, of course, has experienced one of the deepest and longest recessions in the entire history of capitalism. Greek output in 2017 was 22 per cent lower than it was in 2007.

Even leaving Greece out of the calculations, the growth performance of western European economies in the Eurozone has been poor. Their average growth over an entire decade has been just 5.6 per cent.

In contrast, average growth in a group made of the US, Canada, Japan, Australia, the UK, and smaller non-Eurozone countries like Norway and Switzerland has been 16.2 per cent. The UK itself is below the average for this set at 11.4 per cent – still, a lot higher than the Eurozone average.

Towards the end of last year, much was made of the fact the growth in the Eurozone as a whole had slowed from 0.4 per cent in the second quarter of 2018 to just 0.2 per cent in the third quarter.

But Europe’s problems are much deeper-seated. The evidence of an entire decade shows the stultifying impact of the euro. The best decision that Gordon Brown ever made was to keep us out of it. If only Greece had done the same.

As published in City AM Wednesday 9th January 2019

Image: Street Art by Aesthetics of Crisis under CC BY 2.0