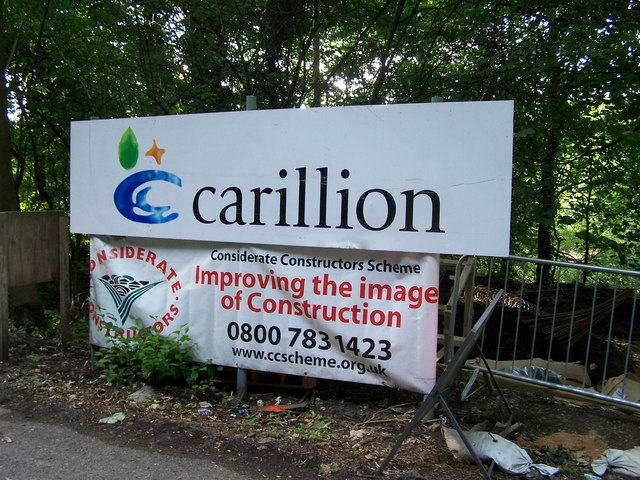 Carillion shouldn’t be brought under state control, but maybe central banks should be

A strong thread in the acres of print about the Carillion debacle is that the private sector should not really be involved in infrastructure projects. The public sector would, apparently, do it better.

Readers who experienced life under the nationalised rail and telephone systems might be forgiven their scepticism.

One idea which is taking hold is that the government can borrow more cheaply than any private company, so it must be more effective for the state to carry out major infrastructure projects.

The interest rates at which different outfits can borrow are plain for all to see. But they are just the tip of the iceberg. We need to look below the surface to see the real economic argument.

Philip Booth of the Institute of Economic Affairs set it out clearly at the weekend. People will lend money to the UK government more cheaply than to a company mainly because the risk of default is much lower. Indeed, the British state has not defaulted on its debts for well over 300 years.

But the risk of an individual project failing may be considerably higher. The huge overrun of costs on the Aberdeen bypass, for example, was one of the reasons for the demise of Carillion.

If this happens to a company, it can go under. The government simply passes the unforeseen costs onto the taxpayer.

The general rate at which the government can borrow does not reflect the true level of risk on a specific project. Ideally, the voters who ultimately pick up the tab would understand this, but in practice it is not spelt out to them. There is an information failure.

All this said, there is a strong argument for bringing some key aspects of economic life back under public sector control.

Central banks are by far the most important example. In the 1990s, mainstream macroeconomists pushed the idea of independence for these banks, and it took hold. One of Gordon Brown’s first acts as chancellor in 1997 was to make the Bank of England independent.

All sorts of benefits were meant to flow from this. But it is hard to discern any of them in practice. The Bank conspicuously failed to head off the financial crisis of the late 2000s. And once the crisis had hit, its initial response was to worry about the esoteric theoretical concept of “moral hazard” rather than saving capitalism.

If the chancellor gets things wrong, the government can be booted out. The Monetary Policy Committee can’t be.

If MPs wanted to change this and take back control, a precedent has been set. The Highways Agency was set up as an executive agency in 1994. But in 2015, the coalition re-constituted it as a company owned by the government.

In practice, transport ministers do not seem to have exercised much control over it. There is an ongoing shambles, for example, with road works both on the M6 north of Birmingham and on the M60, Manchester’s equivalent of the M25.

But in principle they could. It is time to restore control to elected politicians. To, in a word, renationalise the policymaking bodies.

As published in City AM Wednesday 24th January 2018

Image: Carillion by Terry Robinson is licensed under CC by 2.0