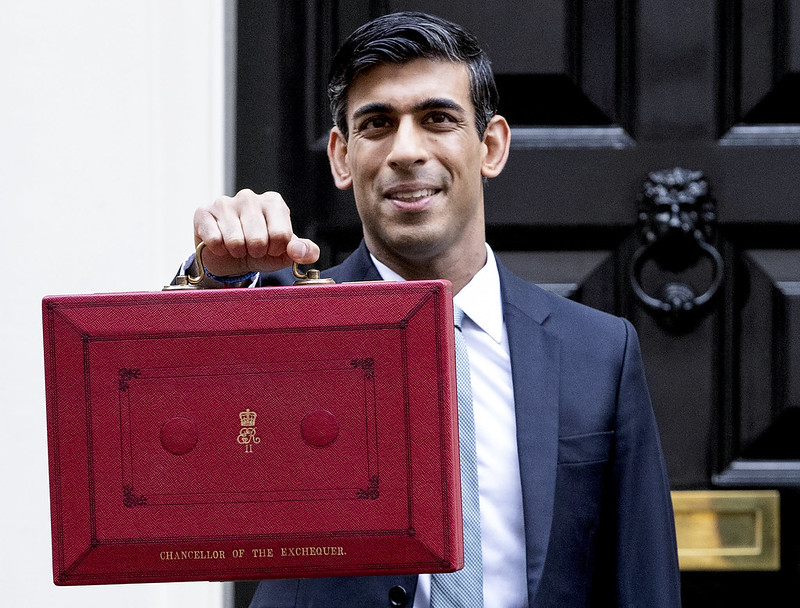 Budget 2021: The political consensus on low taxes could be completely wrong

In the run up to most Budgets there is almost always one key question shaping debate: should the screws be tightened or the floodgates opened?

This time round, a near unanimous consensus has arisen. Taxes should not go up, for fear of jeopardising the recovery.  Even the Leader of the Labour Party has signed up to this view.

The last time economists and commentators appeared so united was in the years immediately prior to the financial crisis of the late 2000s.

The view was that a new economic paradigm had been established by the Great Helmsman, Gordon Brown.  Boom and bust, as he himself proclaimed, had been abolished.  Levels of debt were irrelevant, and growth would continue uninterruptedly for ever.

Only a few paid up members of the awkward squad dissented, but their voices were drowned out.

What about this time round?  Could the consensus be completely wrong again?

The UK government confronted both a huge level of public sector debt and a large annual deficit, boosting debt even higher, in the immediate aftermath of the Second World War.

The outstanding stock of debt relative to the size of the economy was even higher than it is now, at some 260 per cent of GDP.  The annual deficit was smaller, but was still large by historical standards, at some £125 billion (in today’s prices) in the first full year of peace, 1946.

The Labour government led by Clement Attlee is seen as being the most radical in British history.  It established the NHS and, as was then fashionable in left-wing circles, nationalised industries such as coal and rail.

But in its fiscal stance it was the very model of austerity.

The large deficit of 1946 was turned by 1948 into a surplus of some £85 billion (again at 2021 prices).  Similar surpluses were generated until Labour lost office in 1951.  Taxes were increased and public spending controlled.

Yet economic growth remained buoyant, at over 3 per cent a year in real terms, above the annual average over the entire post war period of 2.5 per cent.

In the decade of the 1950s, the Conservative government continued this, well, conservative fiscal approach, though not as dramatically as Labour had.  There was a public sector deficit, but it only averaged some £10 billion each year (at today’s prices), compared to the 2020 deficit of getting on for £400 billion.

The growth under both Labour and the Conservatives in the late 1940s and 1950s was driven by supply-side factors.

The government did not boost the economy. The private sector did. Corporate investment boomed to provide consumer goods, after being suppressed in favour of military spending during the Second World War.

This key historical episode suggests that higher taxes can slash massive public sector deficits with no harm to the economy.

But there is a big proviso.  The dynamic, wealth creating sectors must be shielded for rapid supply-led growth to take place.

As published in City AM Wednesday 3rd March 2021