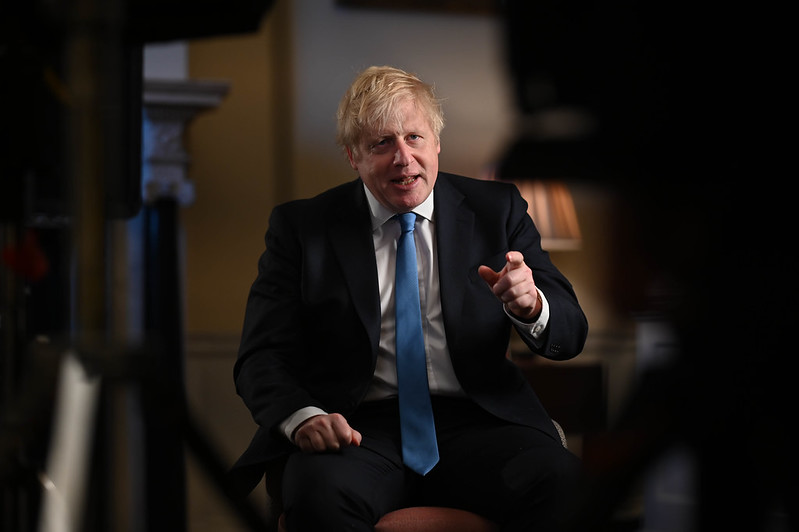 Millions of Britons piled into social gatherings up and down the country to watch our boys notch up a notable triumph over the Croatian football team on Sunday.

We will never know for sure how many of these were compliant with the current Covid regulations, but it is a fair bet that a sizeable minority of these were technically illegal.

It is tradition, after all, for mates to gather into pubs and houses to watch England play and either drink to their success or drown the loss. It strikes a nostalgic note for the popular slogan of the high Thatcher era in the mid/late 1980s: “Money, lager, football!”.

But these same years carry a warning for the government.

Mrs Thatcher won the 1987 election with an overwhelming majority of 102 seats. Yet within three years she was gone.  And the seeds had been sown for the devastating defeat the Tories suffered in 1997, only sneaking back in the 1992 election thanks to the ineptness of the Labour leader, Neil Kinnock.

Boris Johnson is currently riding high, boosted by the great success of the vaccination programme. But public opinion is shifting and with it his popular support.

In March 2020, over 90 per cent of the public were in favour of lockdown. By January of this year, no less than 85 per cent supported the measures.

The vaccines are changing perceptions. The latest polls suggest only a half want the measures prolonged in some form or other, and one third wanted all restrictions to be lifted next week – a hope dashed by Mr Johnson last night.

As always, the results from simple questions in opinion polls need to be treated with a considerable pinch of salt. They take no account of the important trade-offs which are involved in lockdown measures. As a consequence, they almost always exaggerate the percentages in favour of lockdown.

For example, restrictions have led to the NHS postponing a huge number of operations. The answers to a question such as “are you in favour of lockdown if it means that cancer patients will not get treated” will always be different to a question which asks only about lockdown.

In economics, there is an important distinction between stated preferences and revealed preferences, with the latter given much more weight.

Stated means what it says on the label; people state their answer to a fixed, predetermined question. Revealed preference means those which are not explicitly given in a questionnaire but are exposed by real life actions.

So, for example, voters are in favour of tackling climate change. But they also revolt whenever there is a threat fuel prices could be hiked to reduce energy consumption.

A good current indicator of revealed preferences towards lockdown is the traffic data. Department of Transport data shows that in the last week of May, road traffic use was more or less back to its pre-pandemic levels.

The preferences of the energetic, wealth-creating section of the population are clear. They are busily moving around and chafing at the bit for restrictions to end.

The government may feel that these people have nowhere else to go with their votes. The Tories thought that in the late 1980s. It is three years before the next election, an almost infinite time in terms of politics. The Conservatives persist with lockdown at their peril.

As published in City AM Wednesday 16th June 2021