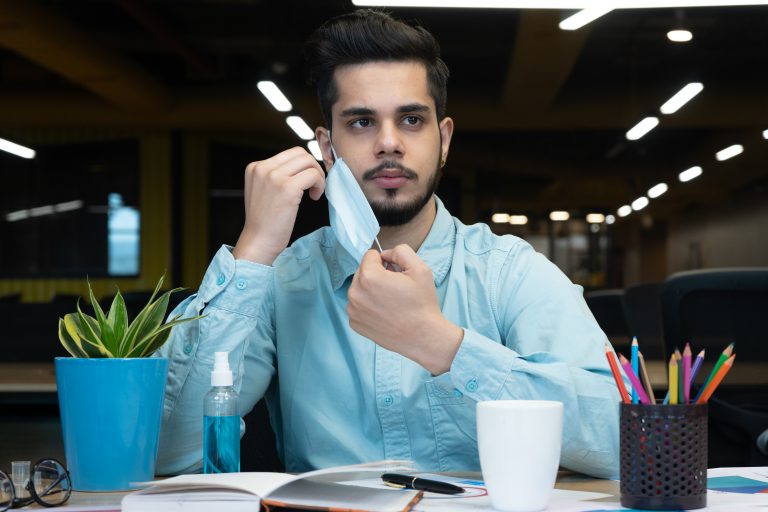 Sixty years ago, Daniel Ellsberg, as a graduate student at Harvard, wrote a now-seminal paper on behavioural economics. The conclusions of “Risk, ambiguity and the Savage axioms” pose a fundamental challenge to the conventional economic model of rational choice, as well as the Government’s current Covid strategy.

Despite its seemingly esoteric nature, an experiment carried out by Ellsberg has important practical implications.

The next urn contained 100 balls with an unknown mix of red and black balls. The participants were offered the same bets, and many shrank away from taking the gamble.

This was the principle of “ambiguity aversion”: people knew there was a risk they would lose in the first experiment, but odds were clear. In the second, the uncertainty triggered widespread distaste.

The same process has happened to the relaxation of lockdown measures, so riddled with ambiguity. From Monday, it will no longer be illegal to not wear a mask on public transport, ministers have said we will be “expected” to wear them.

Throughout the Covid crisis, seemingly deliberately muddled what is law and what is merely guidance. Last year, most people did not mind –  they wanted protection above all else.

Now, with a clear majority of adults double vaccinated, there is a growing irritation with the ambiguity of the government’s messaging.

True, opinion polls suggest substantial numbers do not want the lockdown lifted, but these opinions are belied by the actions which people take. Traffic levels are above pre-pandemic levels, stadiums and bars are crowded.

This is compounded by another, well-established concept in behavioural economics, known as the “peak-end” rule.

In the 1990s, Nobel Laureate Daniel Kahneman formulated the peak-end rule from a series of imaginative experiments. Many of our experiences have well-defined beginnings and ends, for example we go into a restaurant, eat our meal and leave.

In such circumstances, Kahneman argued that our memories of them are not driven by how we feel about them on average over their entire duration, rather we judge them by a combination of how we felt when the experience was at its most intense, the peak, and right at the end.

A couple of months ago, vaccine euphoria was high and it looked like a positive end to the pandemic experience. Now this is dissolving into a series of ifs, buts and maybes.

The government should send a clear and unequivocal message:  very few otherwise healthy people are at risk of hospitalisation and death. For the double jabbed, the risk is even smaller.

A small minority still need to take precautions. But the vast majority can now go about their lives in a perfectly normal manner.

As published in City AM Wednesday 14th July 2021