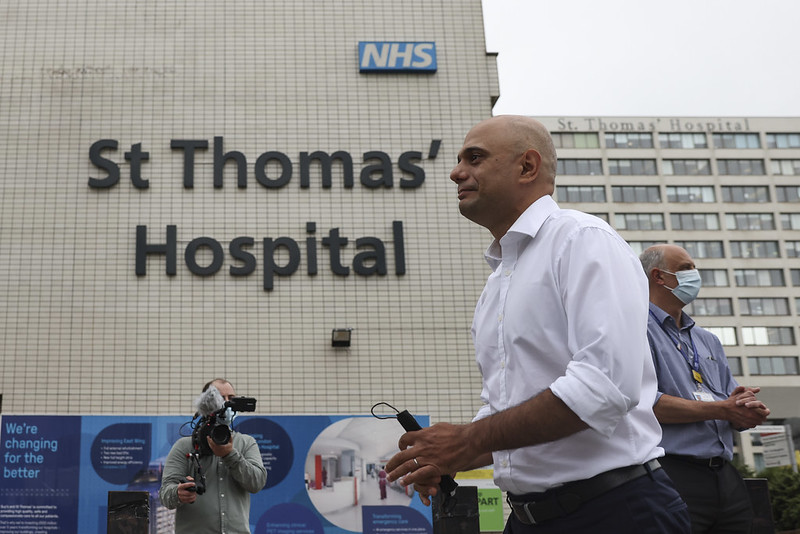 So farewell then, Matt Hancock, as Private Eye’s fictitious poet in residence, EJ Thribb, would have put it. The former Health Secretary seemed to relish relaying the doom laden projections of the epidemiologists’ worst case scenarios throughout the pandemic. There will be many within the Conservative back-benches who will welcome him into their ranks only so they can be thankful not to have to see him at the despatch box.

Will Sajid Javid be any better? He will need a certain amount of intellectual courage and self-confidence to challenge the output of the models. Although they are easy enough to understand for anyone with a reasonable training in maths, they do appear intimidating to the layperson.

During his brief spell as Chancellor, Javid acquired a reputation for falling all too readily into the Treasury’s way of thinking. Perhaps this was because of, rather than despite, his own training in economics as a student.

He has certainly started well, vowing to push for an end to lockdown as soon as possible. But he must resist the siren voices who continue to cast dire warnings about the Delta variant. Scientists have continued to call for a postponement to the end of lockdown even as we charge ahead with the vaccination program.

Yesterday, in his statement to the House of Commons, he made the sort of sensible intervention we have missed from the Health Secretary for months during the pandemic.

He declared: “In truth, no date we choose comes with zero risk for Covid. We know we cannot simply be eliminated. We have to learn to live with it.” Javid said he had looked at the data and “pushed it to the limits” to make his decision-making. So, hopefully, he is able to resist the pessimists within Sage.

Javid will be able to reflect on his own training in economics and consider the incentive structures in the systems the modelling groups operate within. Importantly, research groups in universities are assessed by their so-called “impact”.

This is a fairly recent development, actively promoted by the bureaucrats in the educational sector.  It is straightforward to devise ways in which “impact” can be measured. And if it can be measured, it will be used regardless of whether it has any genuine value.

Gaining traction or coveraging in the media bigs up the impact of research, so there is a distorted motivation to make output eye-catching.

The competition for research funds is fierce and modelling groups are up against one another. It is therefore, in their interest to be in the press.

Each university as whole is in competition with others for funding in general.  For their public relations departments, the pandemic has given them an abundance of opportunities to push research into the public eye. Provided it is sufficiently eye-catching, the pronouncements of even a junior academic can make the national press, where he or she will invariably be described in the headline as an “expert”.

There may be a certain amount of naiveness still amongst the scientists. But this is certainly not true of the PR people. They know full well that the more extreme the statement, the more likely it is to get national coverage.

The scientists can, and do, readily generate completely different scenarios by making what might seem like small changes to the assumptions.

One incentive in doing so is to satisfy scientific integrity by illustrating the great uncertainties of making forecasts. But there is another more venal one.  Namely to ensure that they have cover by being able to point to at least one set of projections which proved to be reasonably accurate.

The politicians really do need to take back control of policy instead of cravenly following the latest twists and turns within the epidemiological modelling community.  Let us all hope that Javid is our man.

As published in City AM Wednesday 30th June 2021